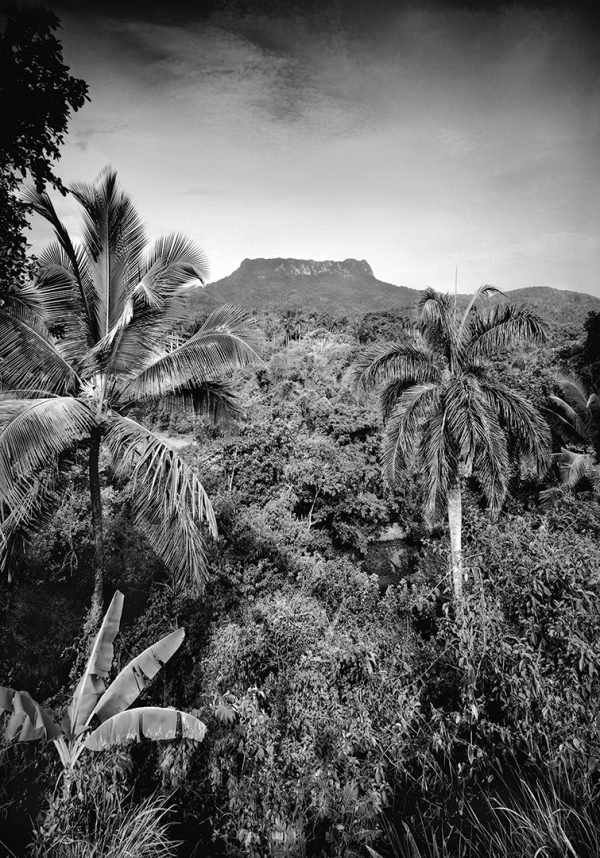 Click the image to view large
Photographic Story Thirty miles from Baracoa is the mountain of El Yunque (The Anvil). It is approximately 1,725 feet high and has been used for centuries by sailors as a visual indicator for finding the bay at Baracoa. We were visiting the outskirts of Baracoa when I saw El Yunque in the distance. I thought it was strange that it had such a flat top and wondered if man had leveled the mountain. I was told by locals that it had been that way since the beginning of time. I felt that the history of the mountain and its unusual shape deserved a photograph. Digital – Archival Pigment Print This photograph was taken with an analog large format camera. After Clyde develops the negative, the film is scanned and edited in a computer program mimicking his darkroom techniques. The photograph is printed on an Epson Stylus 4800 or 11880 printer. Clyde uses archival Ultra-chrome K3 ink and prints on archival Harman Hahnemuhle paper. The limited-edition photograph is then mounted and matted to current archival standards. This is a limited edition series and each photograph is numbered.