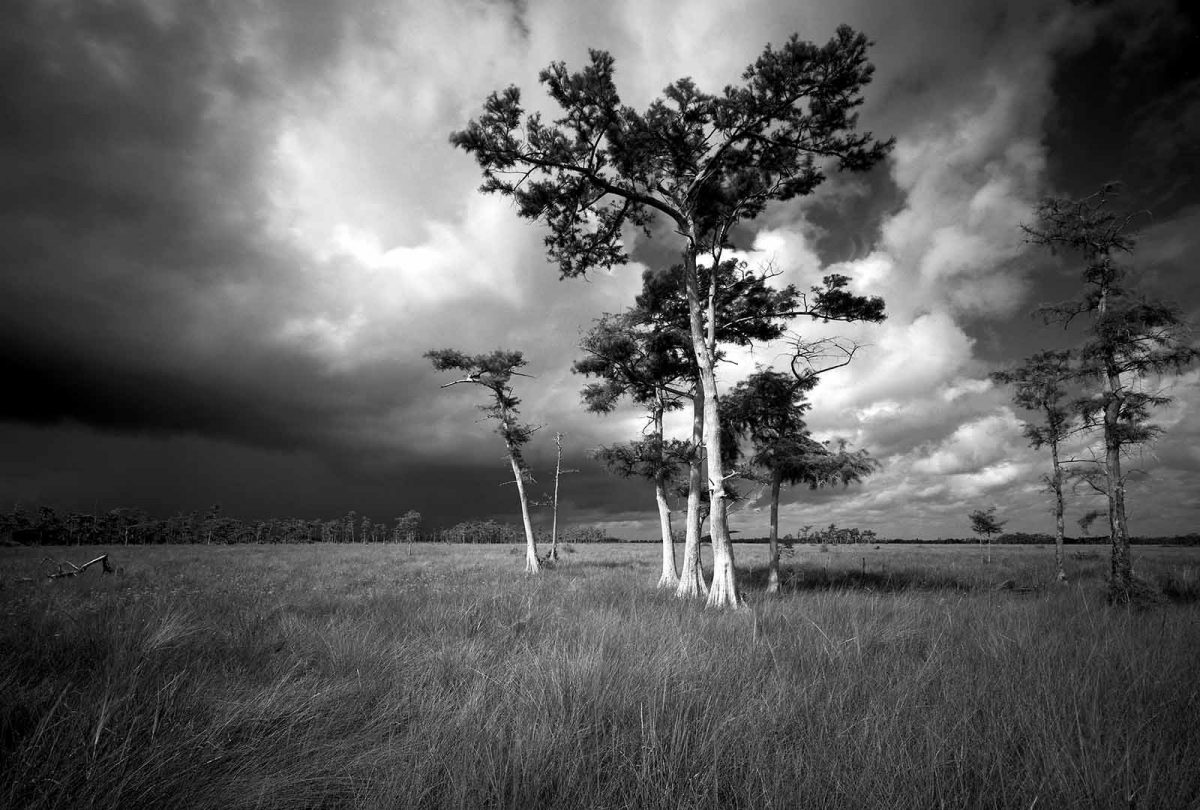 [click image to view larger]
I often drove by this scene along the Tamiami Trail highway. I’d been eyeing this area for a long time, but wanted to photograph it in both morning light and with clouds. The two never seemed to happen together, as summer thunderstorms typically roll in during the afternoon. On this rare summer day, thunderstorms popped up in the morning, and the sun lit up the trees. It was precisely the moment I had so long been anticipating. Even though I was on my way to an appointment, I stopped to capture this view. Hunting Grounds for Florida’s Wading Birds While the shallow waters may lay hidden from view at the base of these prairie grasses, this open, expansive area represents prime hunting grounds for Florida’s once-massive population of wading birds. Wetland prairies are among the first habitats to dry up after summer rains have ceased, and cool, dry northern winds begin to blow in mid-autumn. However, massive loss of wet prairie habitat over the past century appears to be one of the prime factors affecting significant declines in egrets, wood storks, herons, and ibis. Tamiami Trail 2 was taken with a Deardorff 5×7 camera on T-Max 100 film. This photograph is hand-printed in Clyde’s darkroom on fiber-based paper, selenium toned, then mounted and matted to current archival standards. The photograph is a limited edition and signed by Clyde. Camera settings: f/45 | 72mm Schneider Super-Angulon XL lens | orange filter | 1 second Disclaimer – Cropping, contrast, and image density may vary. To learn more about the darkroom printing process, click here.
Add to Favorites
Share
Reviews