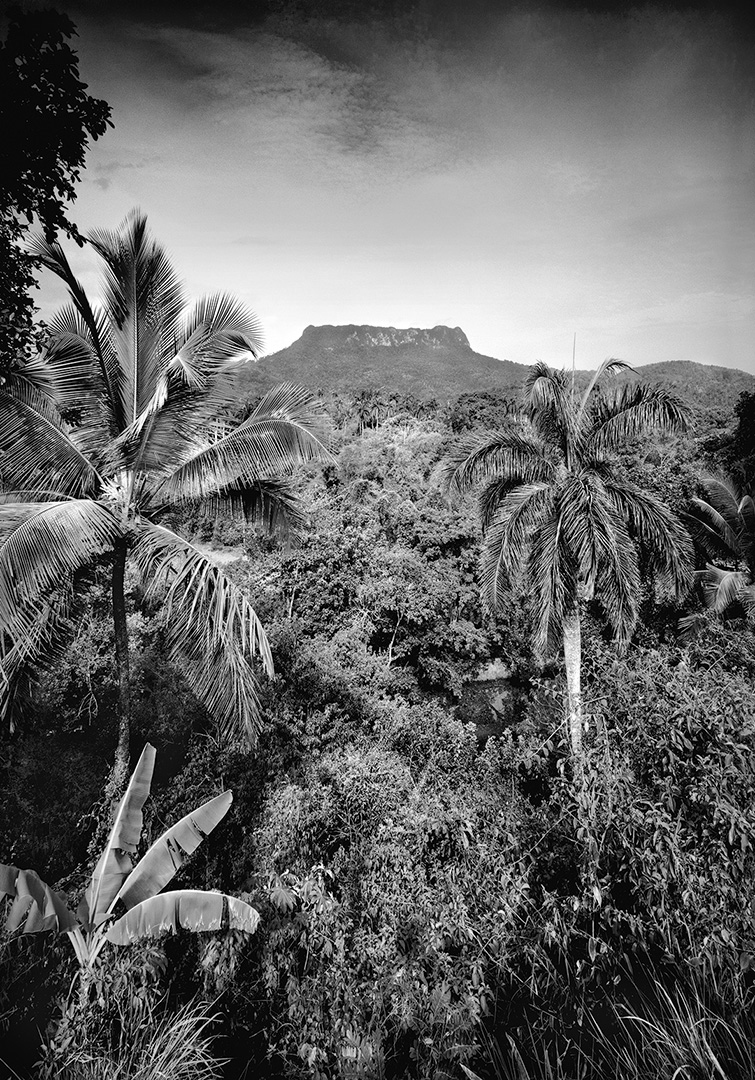 [click image to view larger]
Thirty miles from Baracoa is the mountain of El Yunque (The Anvil). It is approximately 1,725 feet high and has been used for centuries by sailors as a visual indicator for finding the bay at Baracoa. We were visiting the outskirts of Baracoa when I saw El Yunque in the distance. I thought it was strange that it had such a flat top and wondered if man had leveled the mountain. I was told by locals that it had been that way since the beginning of time. I felt that the history of the mountain and its unusual shape deserved a photograph. This photograph is printed on a large format Epson printer using genuine Epson ink and archival Harman Hahnemuhle paper. Each photograph is digitally signed, then mounted and matted to current archival standards. This is a limited edition series and each photograph is numbered.
Add to Favorites
Share
Reviews