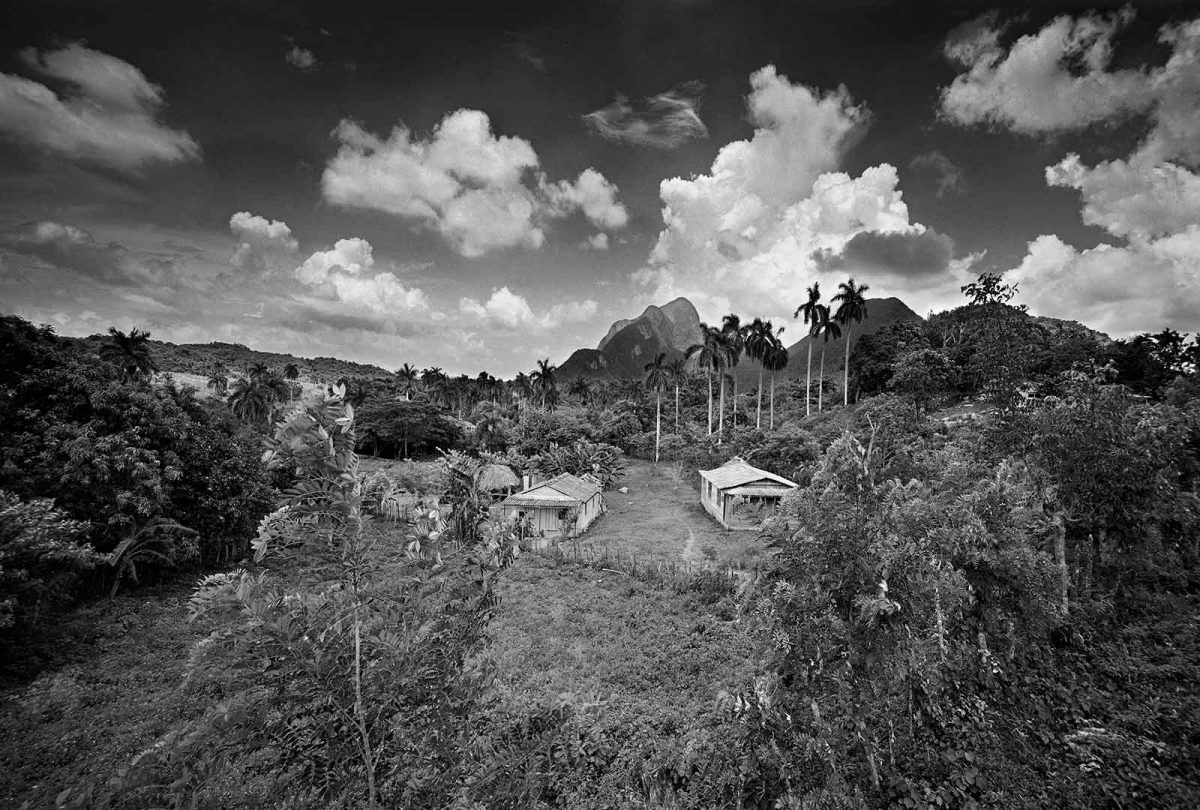 [click image to view larger]
The Department of Flora and Fauna joined me on my expedition of the western mountains of Cuba. They did a great job of educating me about the environment of the area. We were in places where there were no towns so when we got hungry we would walk out into the forest and return with fresh fruits to eat. Periodically, we’d come across a community farm, such as the one in the foreground of this photograph. It is a typical farm community that can be seen throughout Cuba. We would also come across gas stations that were similar to our convenience stores, only not as well-stocked. The mogotes of Cuba are located in the southwest of the island. They are beautifully mysterious large mounds composed of limestone, marble or dolomite and are surrounded by nearly flat alluvial plains. I could have stayed and photographed this area for a much longer time than the two days I had available. In order to get this photograph, I had to raise the tripod nine feet so I could shoot over the bushes in the foreground. I really had no idea how the photograph would turn out. This photograph is printed on a large format Epson printer using genuine Epson ink and archival Harman Hahnemuhle paper. Each photograph is digitally signed, then mounted and matted to current archival standards. This is a limited edition series and each photograph is numbered.
Add to Favorites
Share
Reviews