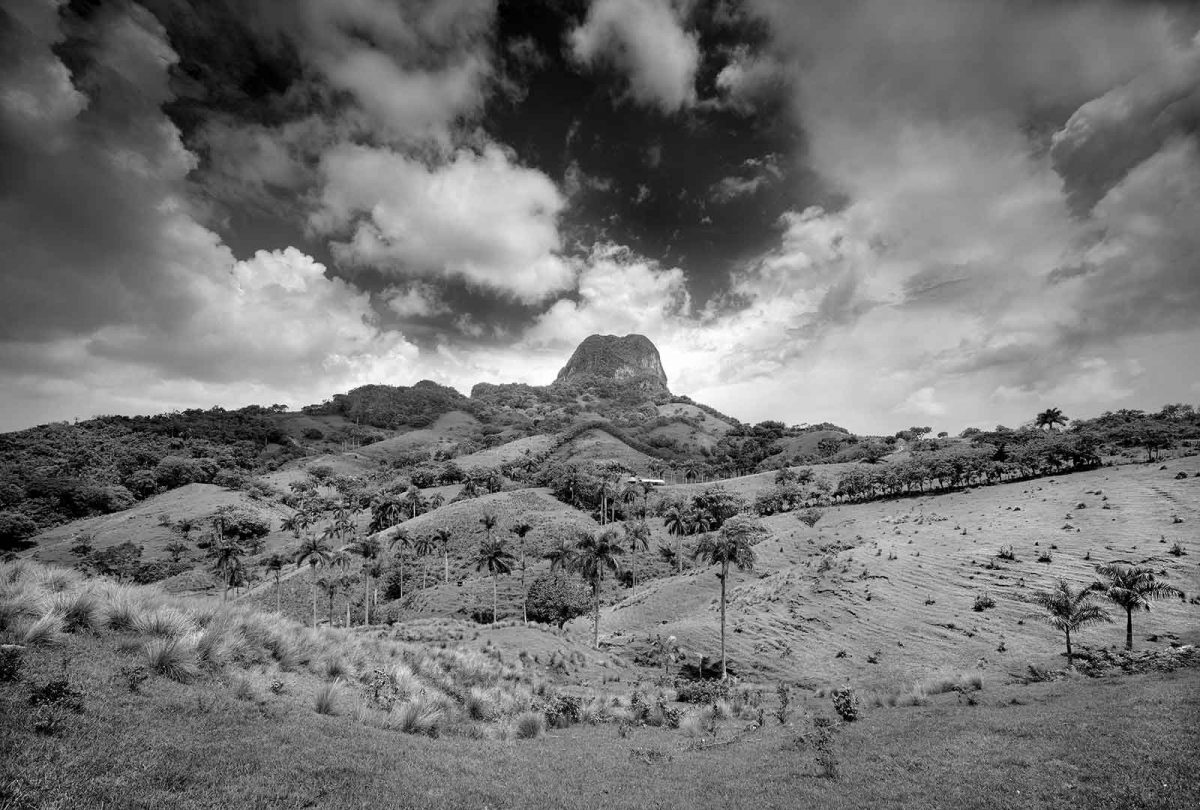 [click image to view larger]
I took this photograph because of the large mogote sprouting up in the center of the rolling hills. It was only later that I learned the land in the foreground is a ranch run by the United Nations that does agricultural experiments to help the country farm and ranch better. The UN had imported water buffalo to see how they would survive in the Cuban climate for possible cattle ranching. The mogotes of Cuba are located in the south west of the island. They are beautifully mysterious large mounds composed of limestone, marble or dolomite and are surrounded by nearly flat alluvial plains. I could have stayed and photographed this area for a much longer time than the two days I had available. This photograph is printed on a large format Epson printer using genuine Epson ink and archival Harman Hahnemuhle paper. Each photograph is digitally signed, then mounted and matted to current archival standards. This is a limited edition series and each photograph is numbered.
Add to Favorites
Share
Reviews