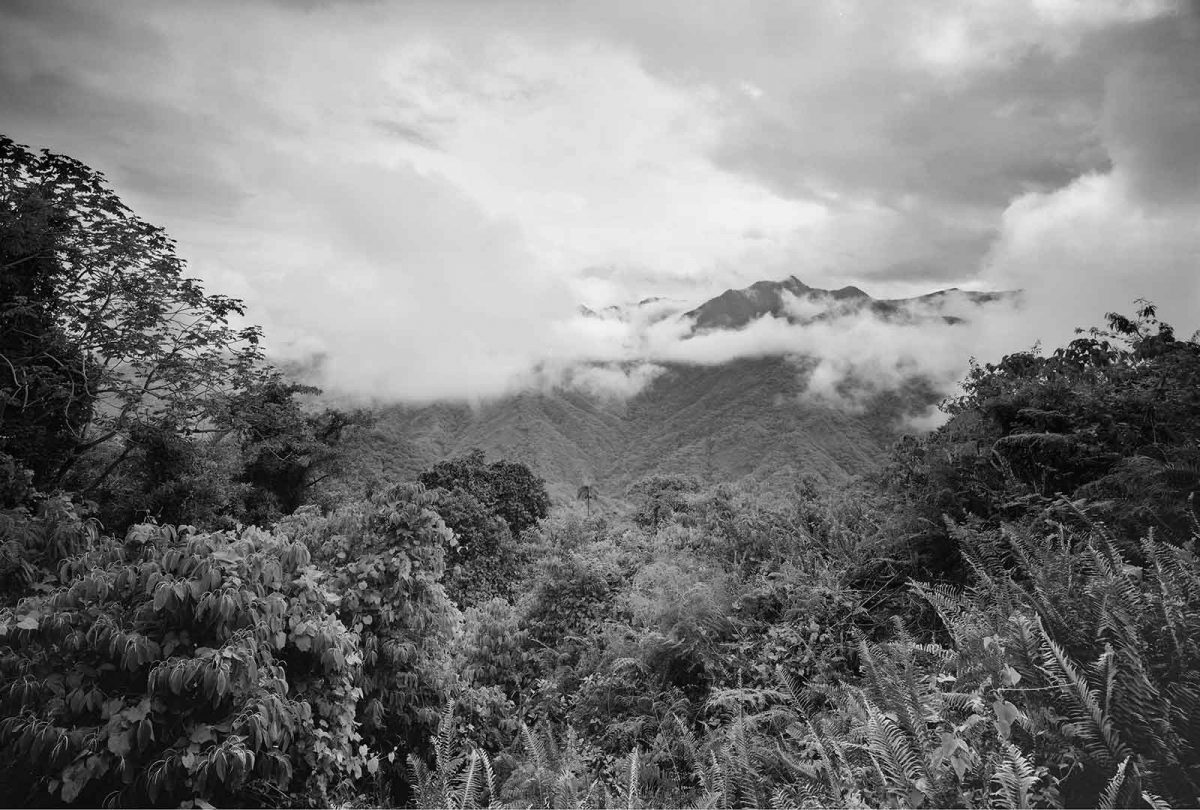 [click image to view larger]
One of the main attractions at the Turquino National Park is that it is home to Fidel’s rebel camp that is hidden in the Sierra Maestra. It also has a small museum dedicated to the revolution. The Park gives tours of Fidel’s camp, but it is up a very, very steep road. They do NOT allow cars on the road unless they are four-wheel drive. The Park provided us with an old Russian dump truck. We all climbed into the back and as we were getting situated the driver said, “Be sure to look around and find an easy way to jump off the truck in case it starts rolling backwards. If it does, I won’t be able to stop and it will go off the cliff.” We slowly made our way up the road. As our altitude got higher and higher the density of the jungle grew and the beauty of the green that surrounded us seemed like paradise. At the top we reached an area with a wonderful view over the mountains. As I set up my camera and prepared to take a photograph a warm rain began to fall. Luckily we had brought an umbrella with us, so Niki began to protect me when our guide asked if he could hold the umbrella. It was nice of him. We very much enjoyed the company of everyone who joined us on our first trip to Cuba. The Turquino National Park, situated in southeast Cuba, lies in the very heart of the Sierra Maestra Mountains, which is the highest mountain range in the archipelago. It is among the most relevant places in the country, not only for its important natural value, but also for its transcendent role in the history of Cuba. This is where the revolution began. Ensconced between the western provinces of Santiago de Cuba and Granma, the Park comprises of 17,450 scenic hectares of rivers, forests, peaks and lush valleys covered with exuberant vegetation. The Park contains the highest peaks in the country, with Turquino Royal Peak (6,476 feet), being the highest in the country. This photograph is printed on a large format Epson printer using genuine Epson ink and archival Harman Hahnemuhle paper. Each photograph is digitally signed, then mounted and matted to current archival standards. This is a limited edition series and each photograph is numbered.
Add to Favorites
Share
Reviews