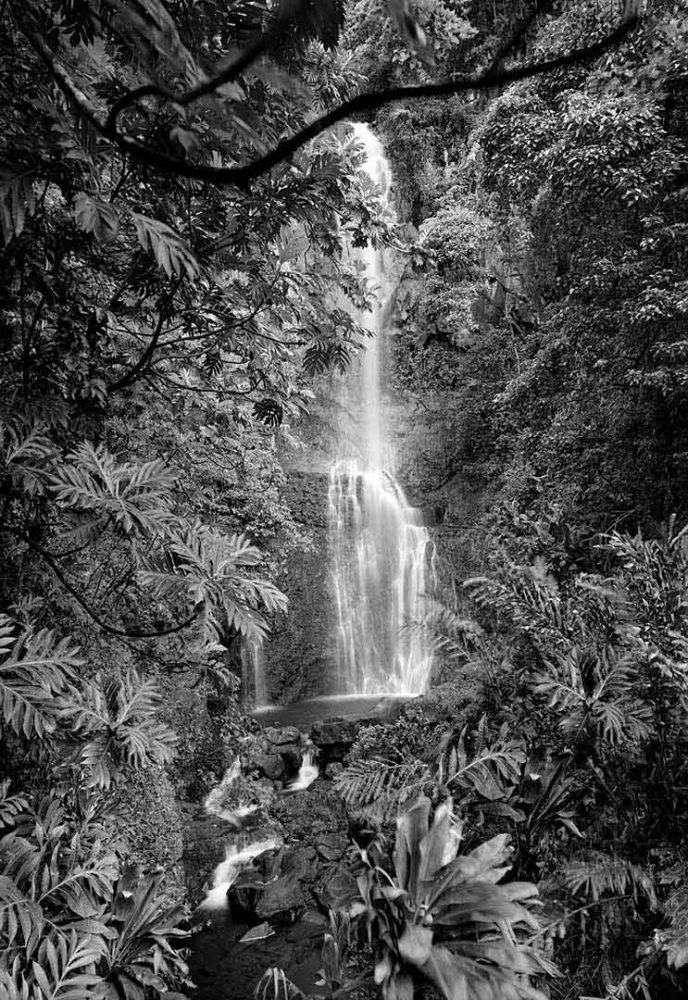 [click image to view larger]
We were young when we shared Hawai’i with our children, and it was there they learned that if you want a good photograph, you have to get up early. I needed even light and the absence of wind to be able to photograph the falls. We woke up at four in the morning, dragged the kids out of bed, and drove to the opposite side of the island where the falls were located to capture the image before the sun and wind could ruin the opportunity. It was a two-lane road except at bridges where it narrowed into one lane, and there were a lot of bridges. Our kids named the road to the falls “The Land of One-Way Bridges.” This photograph is printed on a large format Epson printer using genuine Epson ink and archival Harman Hahnemuhle paper. Each photograph is digitally signed, then mounted and matted to current archival standards. This is a limited edition series and each photograph is numbered.
Add to Favorites
Share
Reviews