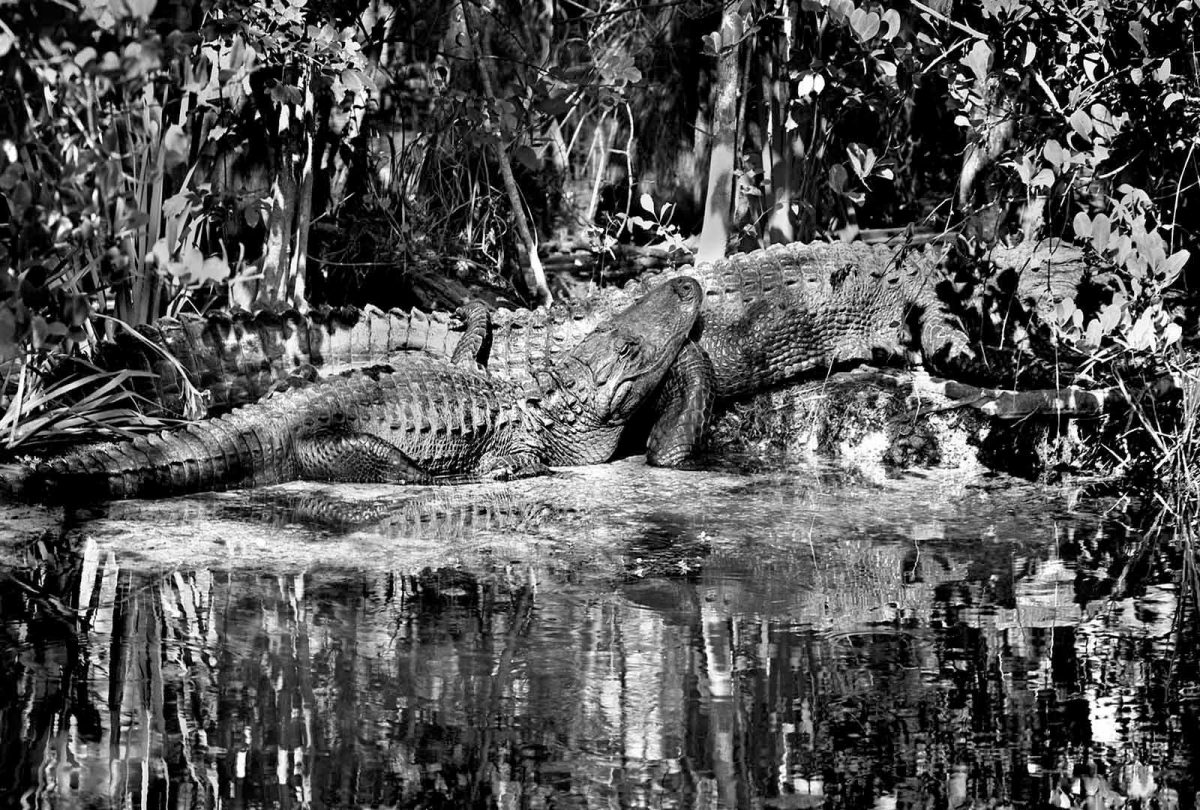 [click image to view larger]
Although alligators are often depicted as ruthless and violent, they also have a soft side, as Niki and I have seen over the years while surrounded by more than a million acres of Everglades wilderness. We’ve witnessed the courtship of the resident alligators and the protectiveness of the female as she watches after her hatchlings for their first two years. She discourages gators other than her mate from entering the pond, driving off intruders with a territorial bellow and physical displays while welcoming her mate with soft rumbles. Like the majority of wild animals, these ancient reptiles can be dangerous and should be respected. When it comes to wildlife, never take your safety for granted when you’re out in the wild. Seasonal Devotion Scientists have made the surprising discovery that some female alligators repeatedly bond and mate with the same male. During mating season, a female alligator selects one male to mate with for the season. They call to one another from distant ponds as water levels lower in late winter and early spring. The male, or bull gator, travels over diverse and exhausting terrain, responding to the call. Through elaborate courtship actions of rumbles and petting, they mate. He stays with her several days to several weeks and frequently returns over the next two to five months. Gator Love was taken with a Deardorff 8×10 camera on T-Max 100 film. This photograph is hand-printed in Clyde’s darkroom on fiber-based paper, selenium toned, then mounted and matted to current archival standards. The photograph is a limited edition and signed by Clyde. Camera settings f/45 | 19” Dagor lens | 1/4 second. Disclaimer – Cropping, contrast, and image density may vary. To learn more about the darkroom printing process, click here.
Add to Favorites
Share
Reviews