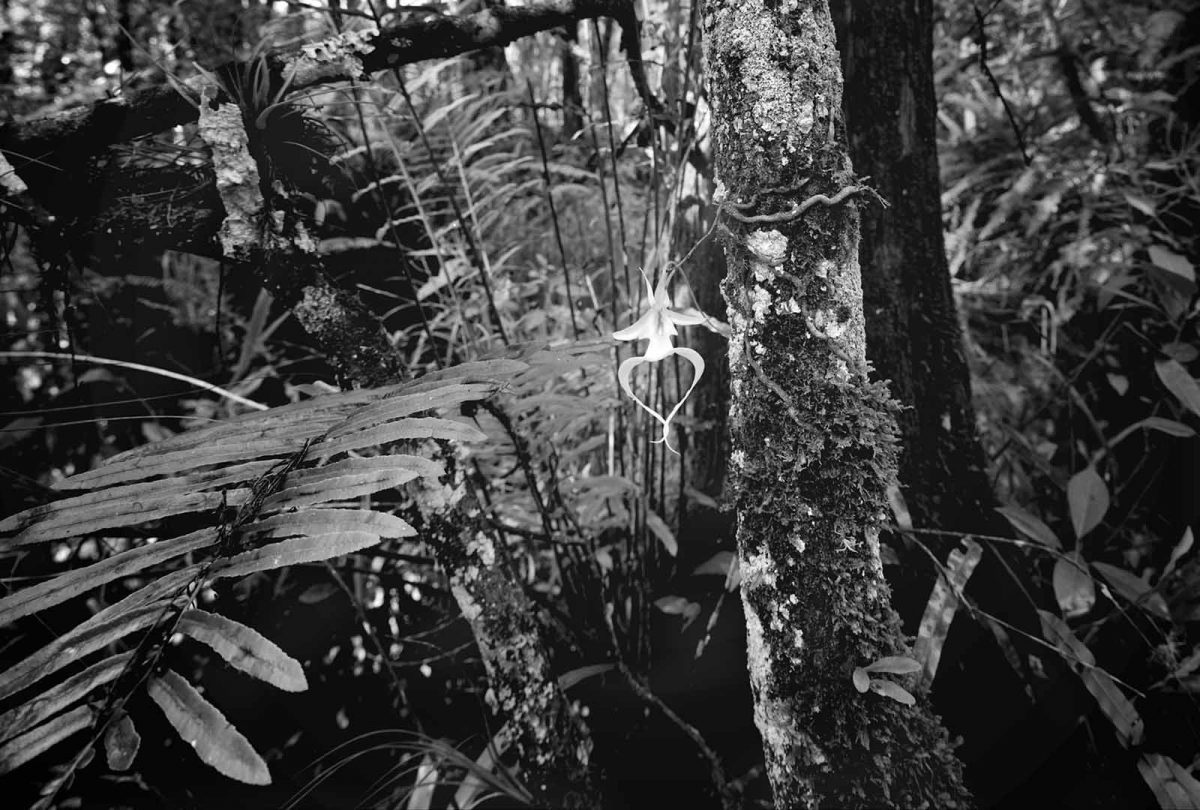 [click image to view larger]
The Ghost Orchid is a very rare native orchid of Florida. It has many unique features, but one of the features I find most fascinating is that it doesn’t have any leaves. If there weren’t a bloom on the plant, you’d have no idea there was an orchid on the tree. Another feature is that no one has been able to propagate the Ghost Orchid. It does not survive outside of the environment in which it is born. This mystery is being studied by the Smithsonian and Naples Jungle Garden. One of the Rarest Orchids in the World Poaching is the main reason rare orchids, like the ghost orchid (dendrophylax lindenii), have diminished to fewer than 2,000 plants in the wild. A mature epiphytic orchid’s delicate, spider-like root system securely clings to the bark of a tree. A poacher will often saw that portion of the tree to a manageable size for easy transport, leaving the tree damaged. The destruction of the tree disrupts the fungi-containing lichen, and the rare plant soon dies. To compound the difficulties of its survival, only one insect, the giant sphinx moth, can pollinate the ghost orchid. Ghost Orchid 1 was taken with a Clyde-O-Wide 4×5 (hand-built by Clyde) camera on T-Max 100 film. This photograph is hand-printed in Clyde’s darkroom on fiber-based paper, selenium toned, then mounted and matted to current archival standards. The photograph is a limited edition and signed by Clyde. Camera settings f/22 | 47mm Schneider Super-Angulon XL lens | 15 seconds. Disclaimer – Cropping, contrast, and image density may vary. To learn more about the darkroom printing process, click here.
Add to Favorites
Share
Reviews