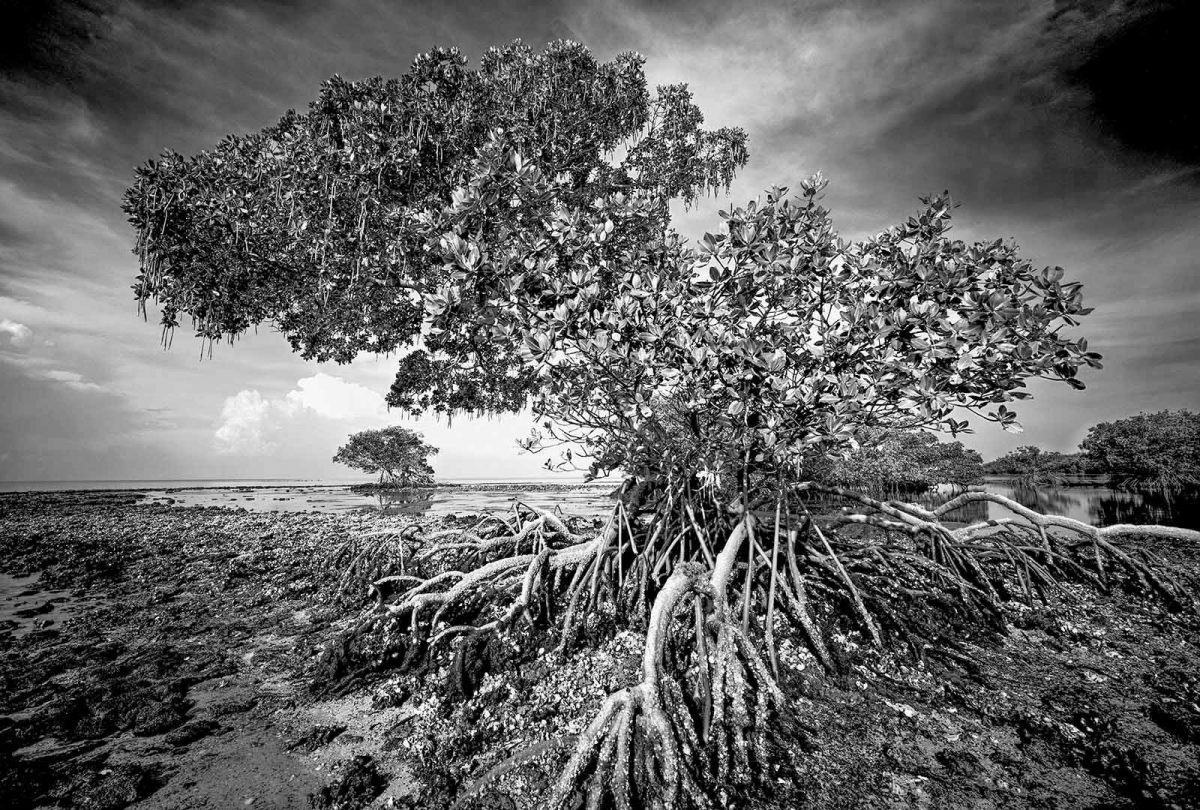 [click image to view larger]
Most people think that the Everglades ends where the coast begins, but that could not be further from the truth. The Everglades ecosystem continues as freshwater flows into the saline waters of two coastal regions. Towards the southwest, freshwater meets saline in the Ten Thousand Islands National Wildlife Refuge. At the mainland’s southernmost point, freshwater flows into the shallow Florida Bay. Here, black, red, and white mangroves flourish. Trapping sediments around their roots and support structures, these saline-tolerant trees create protection and shelter for juvenile fish and marine life, making them a critical nursery habitat. Florida Bay, with average depths of less than five feet, shelters one of the world’s largest seagrass meadows and covers more than half a million acres. This underwater grass not only improves water clarity, but also provides oxygen, nutrients, and shelter to fish, shrimp, lobster, and other invertebrate species. Endangered and threatened animals such as the Florida manatee, loggerhead sea turtle, and American crocodile rely on this ecosystem, as do humans who harvest it for the lucrative shrimp and crab industry. Indian Key Pass was taken with a Deardorff 5×7 camera on Tri-X film. This photograph is hand-printed in Clyde’s darkroom on fiber-based paper, selenium toned, then mounted and matted to current archival standards. The photograph is a limited edition and signed by Clyde. Camera settings: f/45 | 75mm Nikkor SW lens | orange filter | 1/4 second Disclaimer – Cropping, contrast, and image density may vary. To learn more about the darkroom printing process, click here.
Add to Favorites
Share
Reviews