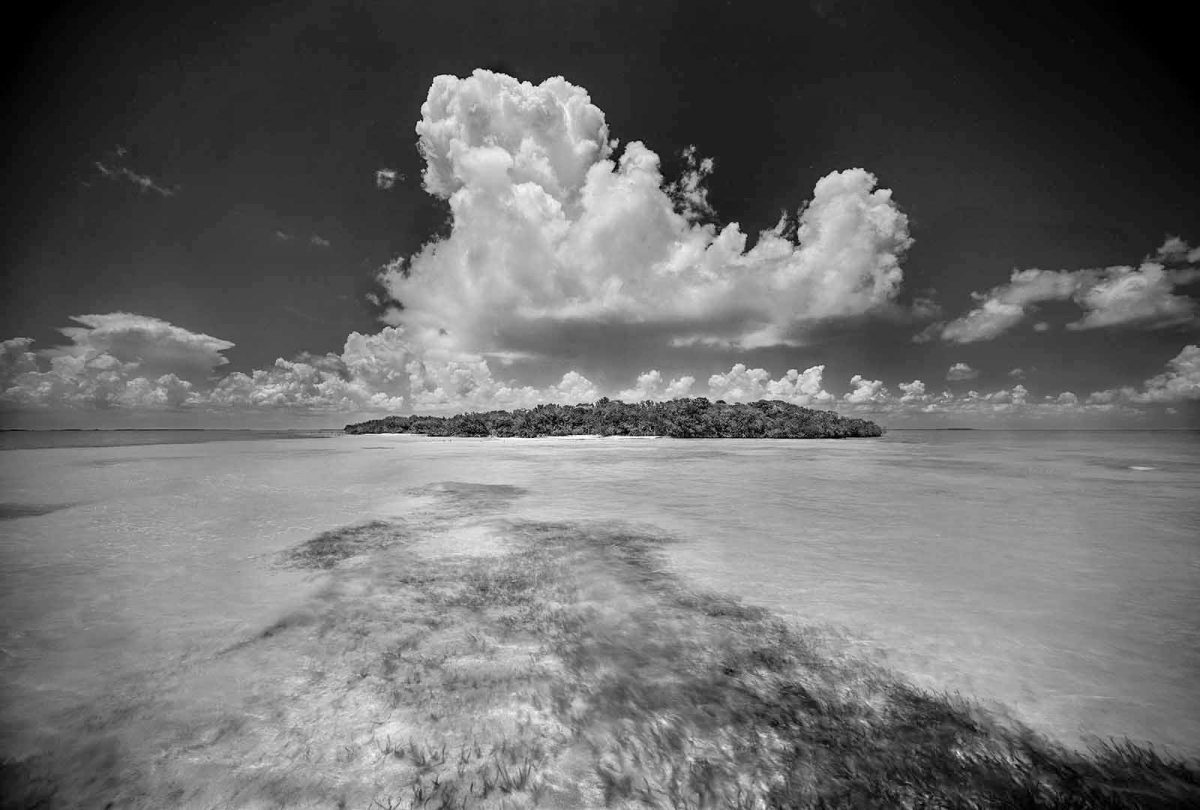 [click image to view larger]
The magnificent weather patterns in Florida create opportunities to witness impressive thunderheads rising to the sky and exploding into thunder and lightning. This image, taken at Everglades National Park in Florida Bay, contains a small sand-spit of an island that shows the effects of the storms that rage through Florida. Those storms create changes in this tiny area of land during every season. I enjoy coming back to it as often as I can to see how nature has reshaped the island and to photograph the changes. Loss of Seagrass in the Florida Bay At the southernmost aspect of the Everglades lies a multitude of mangrove islands surrounded by shallow, clear lagoon waters. Known as Florida Bay, this coastal region’s water teems with small sea life—hatchlings and young crabs, fish, shrimp, lobster, oysters, seahorses, sponges, and corals hide in the thick blades of its seagrass meadows. However, the bay, with its shallow average depth of three to five feet, is extremely susceptible to outside pollutants, such as nitrogen and phosphorus from fertilizers. Vast tracts of seagrass are continually lost due to a disruption in the natural saline balance. Little Butternut Key 4 was taken with a Deardorff 8×10 camera on T-Max 100 film. This photograph is hand-printed in Clyde’s darkroom on fiber-based paper, selenium toned, then mounted and matted to current archival standards. The photograph is a limited edition and signed by Clyde. Camera settings: f/45 | 90mm Schneider Super-Angulon XL lens | orange filter | 1 second Disclaimer – Cropping, contrast, and image density may vary. To learn more about the darkroom printing process, click here.
Add to Favorites
Share
Reviews