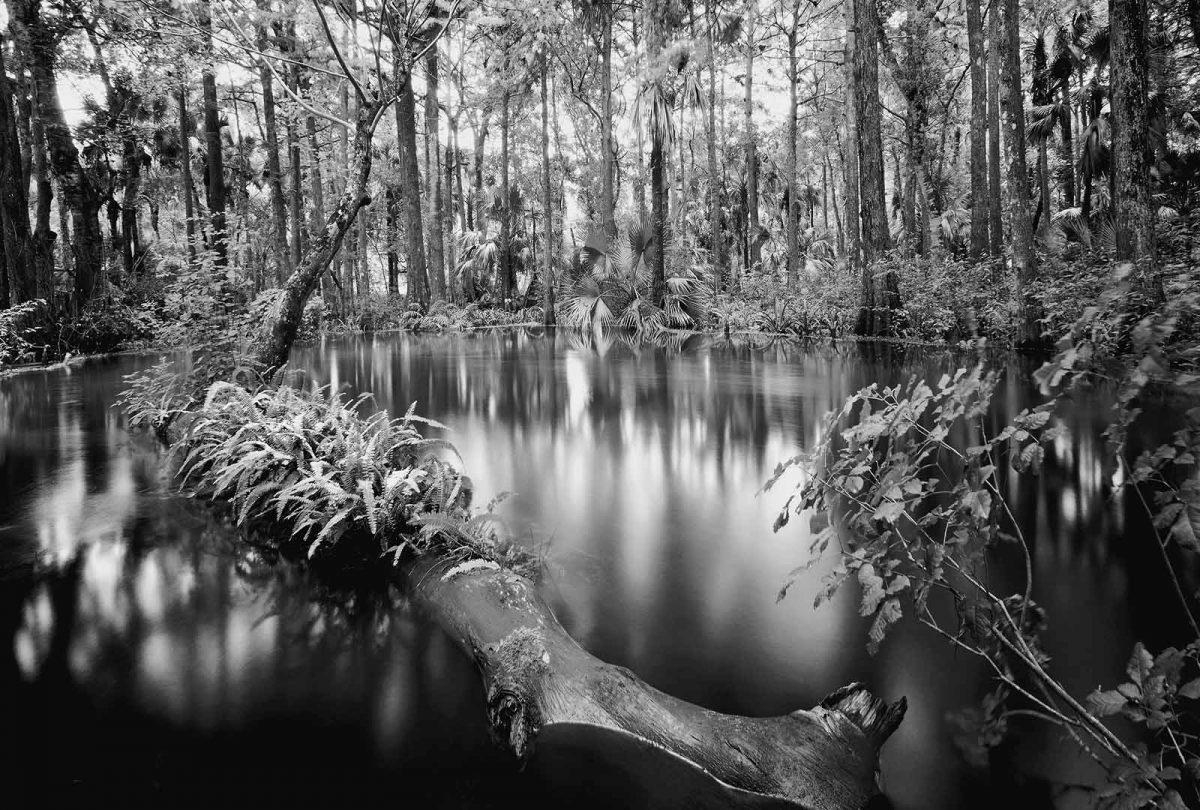 [click image to view larger]
The Loxahatchee River is one of only two designated wild and scenic rivers in Florida. I was asked by the Water Management District of Florida to photograph it for the 10th Anniversary of the Save Our Rivers program and I was excited to experience the river. I was awed by its primeval feeling. I was certain I would see Tequesta Indians peaking out from behind the trees…it is truly a beautiful place, and one of the many treasures of Florida. I spent three years photographing the river before I felt like I had captured the essence of the Loxahatchee. On one particular day, two things happened; first, the light was right, and second, I got out of my canoe and walked it down the river, rather than paddling it. I became one with the river, and it seemed like I saw perfect subjects for photographs everywhere I looked. It was a wonderful and exciting day, resulting in the capturing of many images. The Water Management District chose Loxahatchee River #1 as the image to use on their poster to celebrate the Save Our Rivers program. I shot that image while my tripod and I were deep in mud. Since this was a six-minute exposure, I had to stand very still. The slightest movement, even the movement of my toes in the mud, would have caused the tripod to shift and blur the image. This photograph is hand-printed in Clyde’s darkroom on fiber-based paper, selenium toned, then mounted and matted to current archival standards. The photograph is a limited edition and signed by Clyde. Disclaimer – Cropping, contrast, and image density may vary. To learn more about the darkroom printing process, click here.
Add to Favorites
Share
Reviews