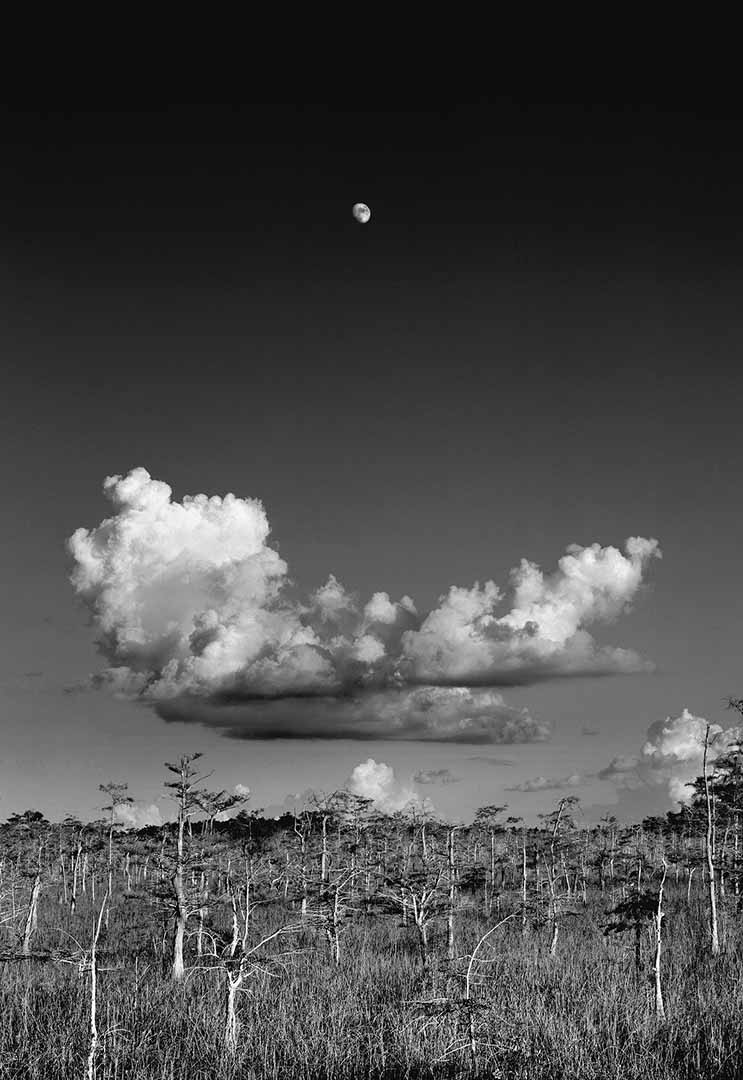 [click image to view larger]
This was the first photograph I took after the death of my son, Ted, who, at 17 years old, was killed by a drunk driver in 1986. Out of my sorrow came the light of seeing the world around me in a different way. In my time of grief, I disappeared for days at a time into the Everglades. I became one with the land. This time spent in nature brought me to the turning point in my career. Realizing color photography was not my passion, and it was not expressing what I felt, I decided life was short, and if I wanted to do black and white, I should at least try. Turning Point Clyde purchased his first large-format 8×10 Deardorff view camera and headed out into the Everglades. Moonrise was his first try at returning to black and white film and became one of his classic photographs. It won many awards, which intrinsically told him that black and white film was what he should be doing. Moonrise changed his life, just as Ted’s death made him look at life differently. Moonrise was taken with a Deardorff 8×10 camera on Tri-X film. This photograph is hand-printed in Clyde’s darkroom on fiber-based paper, selenium toned, then mounted and matted to current archival standards. The photograph is a limited edition and signed by Clyde. Camera settings f/45 | 360mm Schneider Symmar lens | red filter | 4 seconds Disclaimer – Cropping, contrast, and image density may vary. To learn more about the darkroom printing process, click here.
Add to Favorites
Share
Reviews