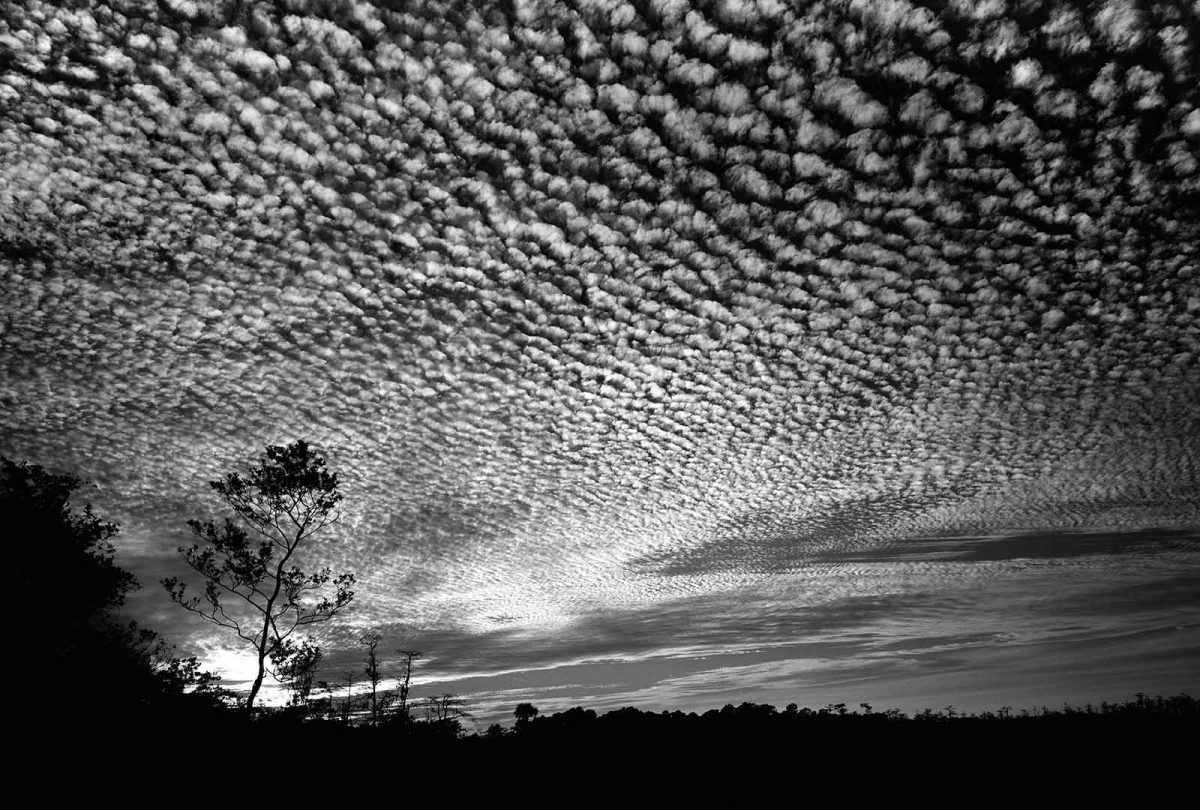 [click image to view larger]
I had spent the day photographing deep in the Everglades with my friend, Oscar Thompson. As the day grew late, I saw the sky develop into an extraordinary cloud pattern, and I knew I’d have to make a choice. I could safely leave the Everglades while there was still light, or stay and take the photo. I chose the photograph. As the sun fell behind the horizon and the land shifted to pitch black, the swamp came alive with the sounds of nocturnal animals and insects. I was very grateful to be with Oscar, a fifth-generation Floridian, who was familiar with this daunting land. Everglades at Night The Everglades at night is an active, noisy, and somewhat intimidating place. As the sun sets and the bulk of wading birds retreat to rookeries for the night, the air becomes filled with different sounds. Night herons begin to bark their call and take their place along the water’s edge, hunting for amphibians, like the amphiuma and siren (eel-like salamanders). Biting insects such as the “no-see-um” and mosquito become more prevalent as predators, such as birds and dragonflies, retire for the night. Not only are the sounds different at night in the Everglades, but it also smells different. Night-blooming flowers emit a delicate fragrance to lure nocturnal pollinators such as moths and bats, and the ghost orchid attracts its only pollinator, the nocturnal giant sphinx moth, with its unique aroma. Rock Island Prairie was taken with a Deardorff 8×10 camera on Tri-X film. This photograph is hand-printed in Clyde’s darkroom on fiber-based paper, selenium toned, then mounted and matted to current archival standards. The photograph is a limited edition and signed by Clyde. Camera settings f/45 | 121mm Schneider Super-Angulon lens | orange filter | 1 second. Disclaimer – Cropping, contrast, and image density may vary. To learn more about the darkroom printing process, click here.
Add to Favorites
Share
Reviews