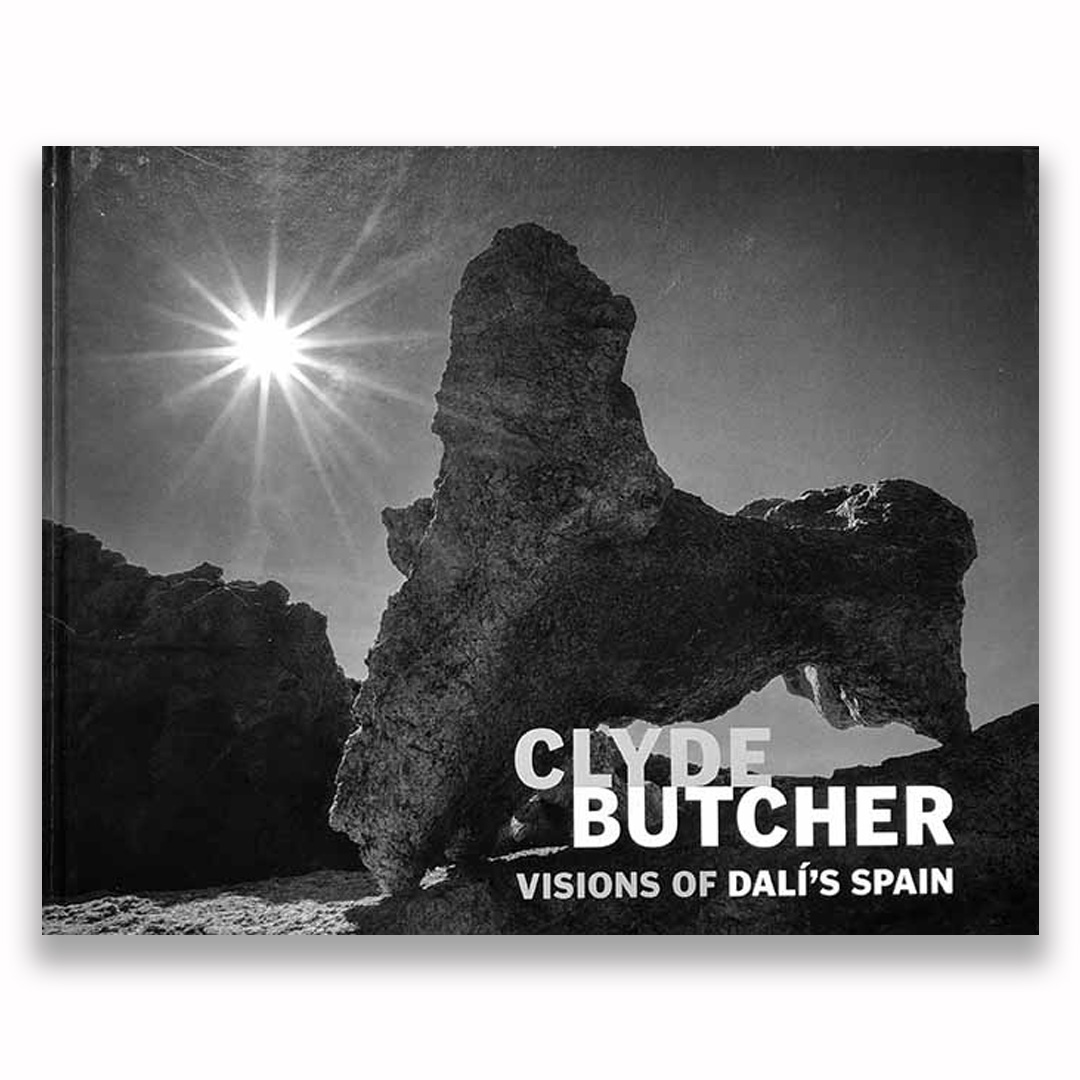 Clyde Butcher’s Visions of Dali’s Spain
The Dalí Museum sought Clyde’s talents to capture the spirit of Dalí’s Mediterranean home, located in one of the world’s most dramatic landscapes. Join Clyde on his journey to Cadaqués in this beautiful hardcover book.
$40
JOURNEY TO CADAQUES In this collection of photographs, Clyde delivers an immersive and inspiring glimpse into Salvador Dalí’s homeland. For Dalí, the landscape of Spain was always an essential feature of his work and outlook on life.  Clyde traveled to the village of Cadaqués, where Dalí spent summers growing up, to Dalí’s house in Port Lligat and to the rugged region of Cap de Creus – all areas featured prominently in Dalí’s works. Delivering a peek into his psyche, this photographic collection takes viewers on a journey through the Catalonian region of Spain. Clyde sought out the physical locations of Dalí’s painted landscapes, exploring bays, mountains, valleys and beaches, capturing them on film. Clyde’s photographs document the reality of Dalí’s painted dreamscapes. Questions or to order by phone 941-486-0811.

We're launching our brand new website this week. During this process our mobile site is temporarily unavailable. Please view our website on your desktop or laptop.

We appreciate you visiting Clyde Butcher!